A glimmering ship of crystal and glass glides across the beautiful Lake Geneva. It only reveals itself to a select few who hold a noble wish deep in their hearts…

Along the shores of Lake Geneva sits the historic city of Geneva, where tall chestnut trees line the lakeside, graced with stunning views of the snow-capped Mont Blanc. Many marvelous stories are told about this Alpine city, among them the ancient legend of the miracle ship.

From time immemorial it is said that on certain special days a magical ship could be seen on Lake Geneva. It is a grand sailing ship made entirely of crystal and glass, with a golden dragon head adorning the bow. As it glides over the silver waves it’s always accompanied by eight snow-white swans, whose feathers are shining and luminous. On the ship’s deck stands a beautiful fairy, surrounded by small nymphs dancing to the music of an ethereal harp. When the boat approaches the shore, all the trees and gardens will blossom with colourful flowers and the air will fill with sweet perfume. When the fairy appears, you will know by her warm smile that your wish is destined to be fulfilled.

People would spend days and nights at the lakeside, hoping to spot the magical ship and have their desires met. Some went with ill intent, wishing harm to others or they were driven by greed. They did not know that the ship could only be seen by kind souls who held a noble and virtuous wish deep in their hearts.

Not long ago, a little girl named Sofie learned of this amazing legend and would rush excitedly to the lakeside every morning hoping to see the miracle ship. She had only one wish in her heart, that one day all children would be happy and live under a peaceful sky. Finally, on one warm summer morning, as the little one was standing on the shore of Lake Geneva, she was amazed to hear the soft sounds of harp music growing from the distance, and as the mist lifted from the lake, the magical ship slowly revealed itself in all its splendor. Glowing and wondrous it approached the shore. The fairy looked into the little girl’s eyes and smiled kindly. Jubilant and overjoyed, Sofie knew that her wish would one day come true.

Love Geneva?
Find it on these legendary products 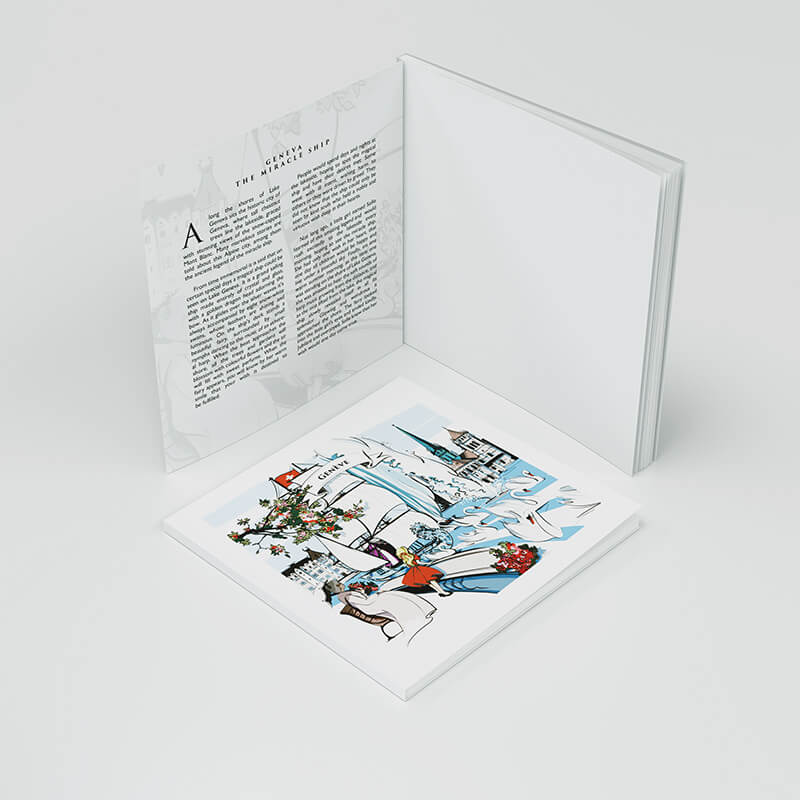 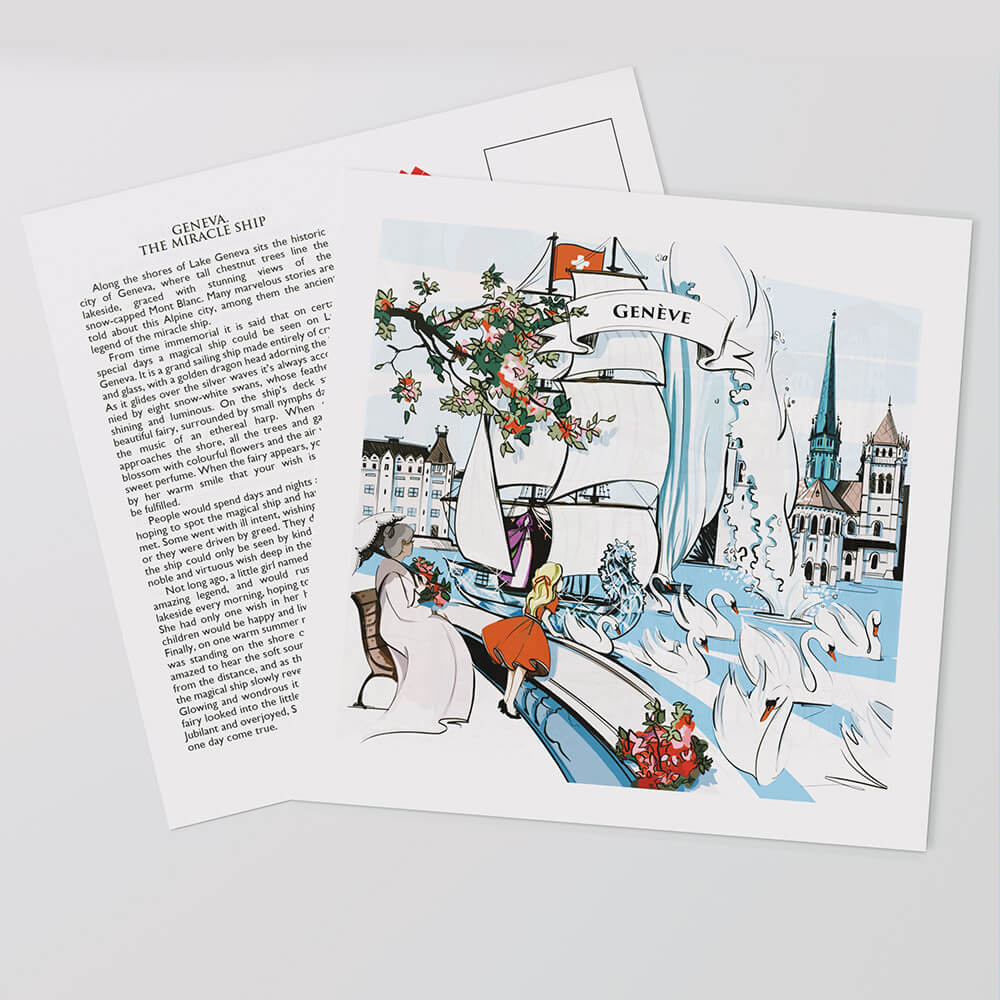