The idyllic view over Interlaken hides a dark story from the 16th century, when the face of a man became forever chiseled into the rocks of the mountain…

It’s not hard to find an amazing vista overlooking the beautiful city of Interlaken. Towering over the ancient town is the mighty Harder mountain, and on its peak sits the castle-like Harder Kulm with an observation deck providing a breathtaking view of the entire area between Lake Thun and Lake Brienz to the Eiger, Mönch and Jungfrau. The Harder itself is densely overgrown with forest, whose leafy crowns lend the mountain its rich green. Only at one point, which turns towards Interlaken, does the rock face remain bare. If you look closely, you can discern the facial features of a man: dark eyes, a distinctive nose and a mustache. How this face appeared on the mountain is told by an old legend.

In the 16th century, life in Interlaken revolved around its monastery. The monastery was rich and powerful, central to both government and spirit. Here lived clever men and scholars, known for their kindness, who provided wisdom and protection. This changed, however, when a new provost, Leonardus, was sent from Rome. Leonardus was extremely strict; he forbade the monks to assist the poor or to teach the local children. He quickly made himself unpopular with the other monks, who called him Harder because of his stern and unsympathetic rules.

In the nearby town of Ringgenberg lived a fisherman with his wife and their daughter Martha, a pretty and devout girl who regularly attended the Interlaken monastery to pay homage to God. Harder first saw Marta during a Mass, and despite his usual coldness, spoke very tenderly to her and soon won the trust of the innocent child. One day, Martha set out to collect wood on the mountain, and the monk slyly followed. She did not suspect a thing until Harder dashed from the trees and leapt upon her! Martha struggled and broke free, running down the mountain with the crazed man right behind her. In a panic, she veered from the path and found herself at the edge of a steep cliff. As Harder approached, she saw no way out and plunged to her death. It is said that God himself condemned the wicked man and immediately turned him to stone. Now his face is chiseled forever into the Harder mountain, a constant reminder that Interlaken is only for those who are kind and pure.

Love Interlaken?
Find it on these legendary products 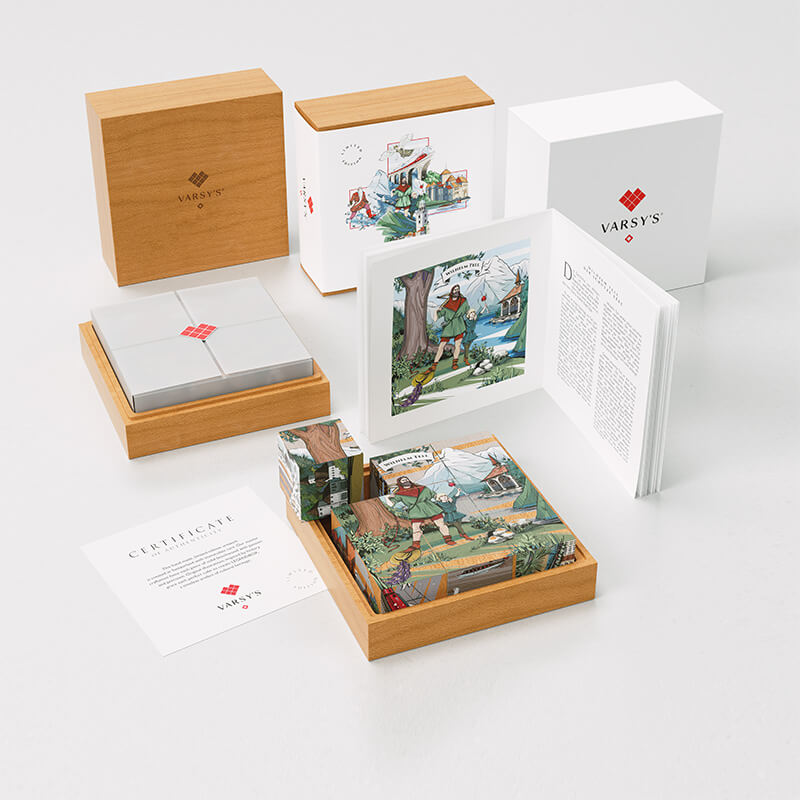 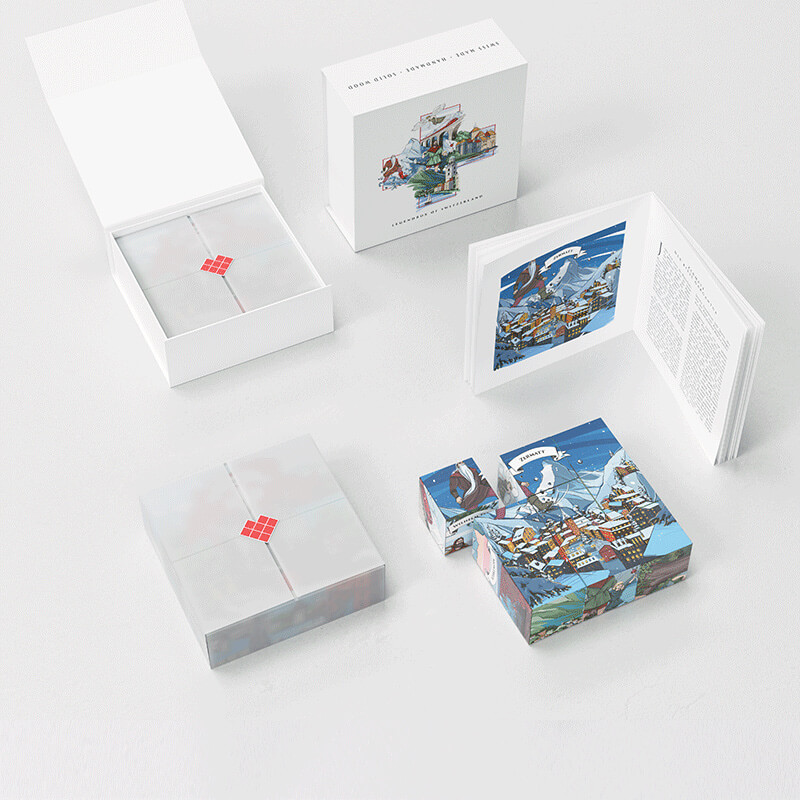 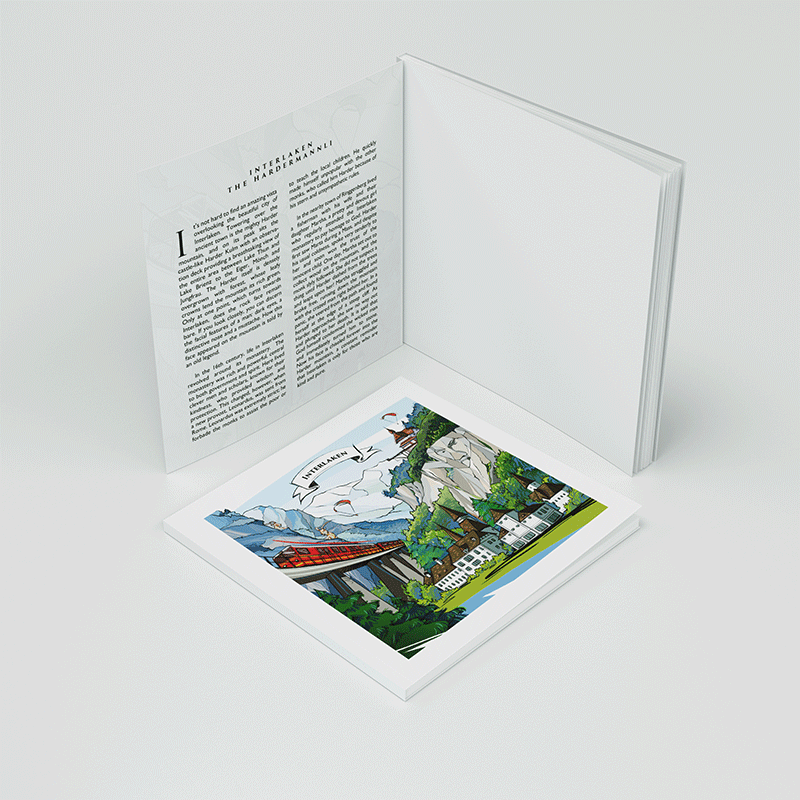 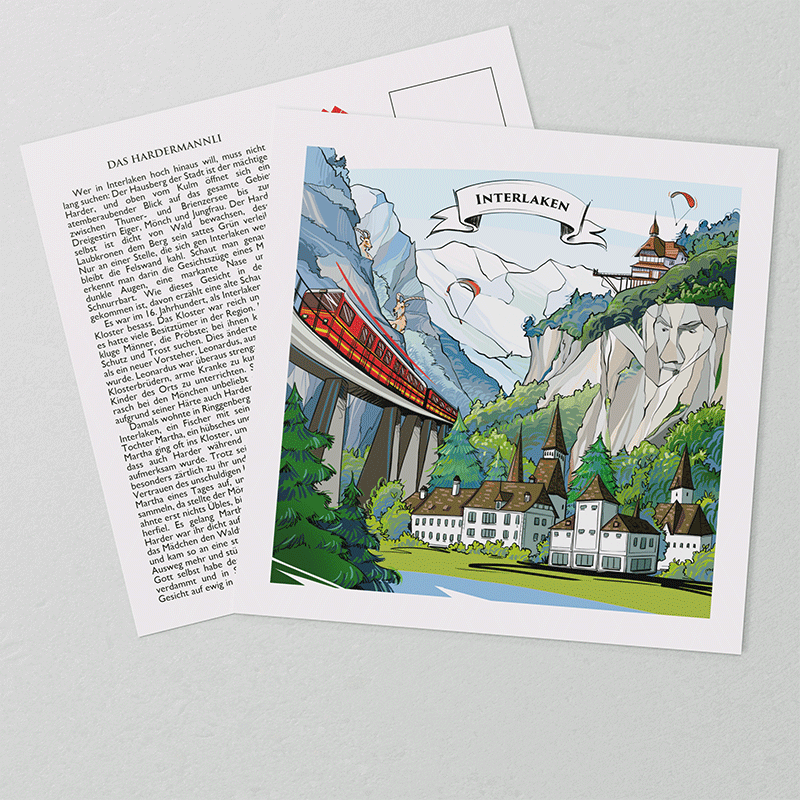