Deep inside Mt. Pilatus are the three legendary liberators of Switzerland. They rest in deep slumber, ready to be called when the nation faces danger…

According to an old legend, deep inside Mount Pilatus, the iconic mountain of Lucerne, there lies a secret cave. Hidden within, the three legendary heroes of Switzerland, Walter Fürst, Werner Stauffacher and Arnold von Melchtal, rest in deep sleep. If their beloved Fatherland would ever again be in danger, they would swiftly rise from their slumber to protect their people and country.

One fine summer’s day, a young Swiss shepherd was looking for one of his goats who had wandered high up the Pilatus. As he climbed over the large rocks along the edge of dangerous cliffs, he spotted a small crevice leading into darkness. Thinking that his goat may have sought shelter here, he peered inside and was surprised to see a soft, flickering light coming from within. Overcome with curiosity, he squeezed through the narrow opening and after a few timid steps, he was greeted with a magnificent sight.

A great stone fireplace was burning in the center of a huge chamber, its soft flames barely fighting back the shadows. Large shields were hung on the walls and the edges of swords and spears reflected the warm glow of the embers. The young shepherd could hardly believe his eyes and supposed he must be dreaming.

“Tell me, boy, what times are these?” suddenly boomed a voice from the darkness. It was then that the shepherd could make out three giant wooden beds against the back of the hall. Sitting up in one of them was Walter Fürst, with a long white beard and broad, powerful shoulders. “I… I believe it’s about noon now,” exclaimed the boy. “Then it is not yet time that we shall come,” replied Fürst. Thereupon he quietly laid back down, his mind at ease. He turned to the side and went back to sleep.

Amazed and excited, the shepherd sprinted down the mountain to his village to tell his countrymen about his discovery. But when everyone from the village rushed up the mountain, they could not find the hidden entrance again. And until this day, the mysterious depths of the Pilatus stay hidden from strangers’ eyes.

Love Luzern?
Find it on these legendary products 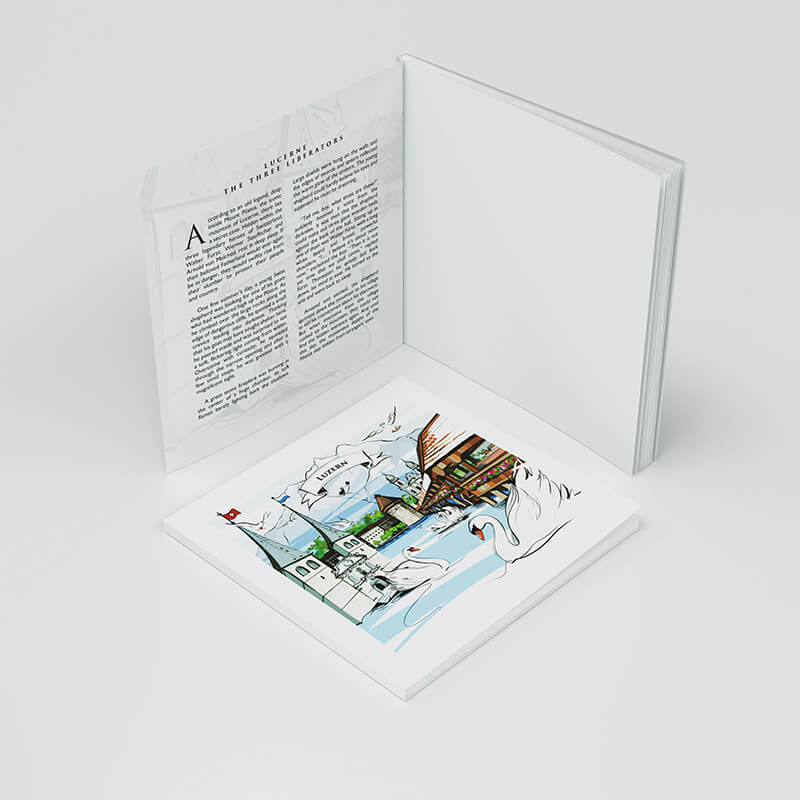 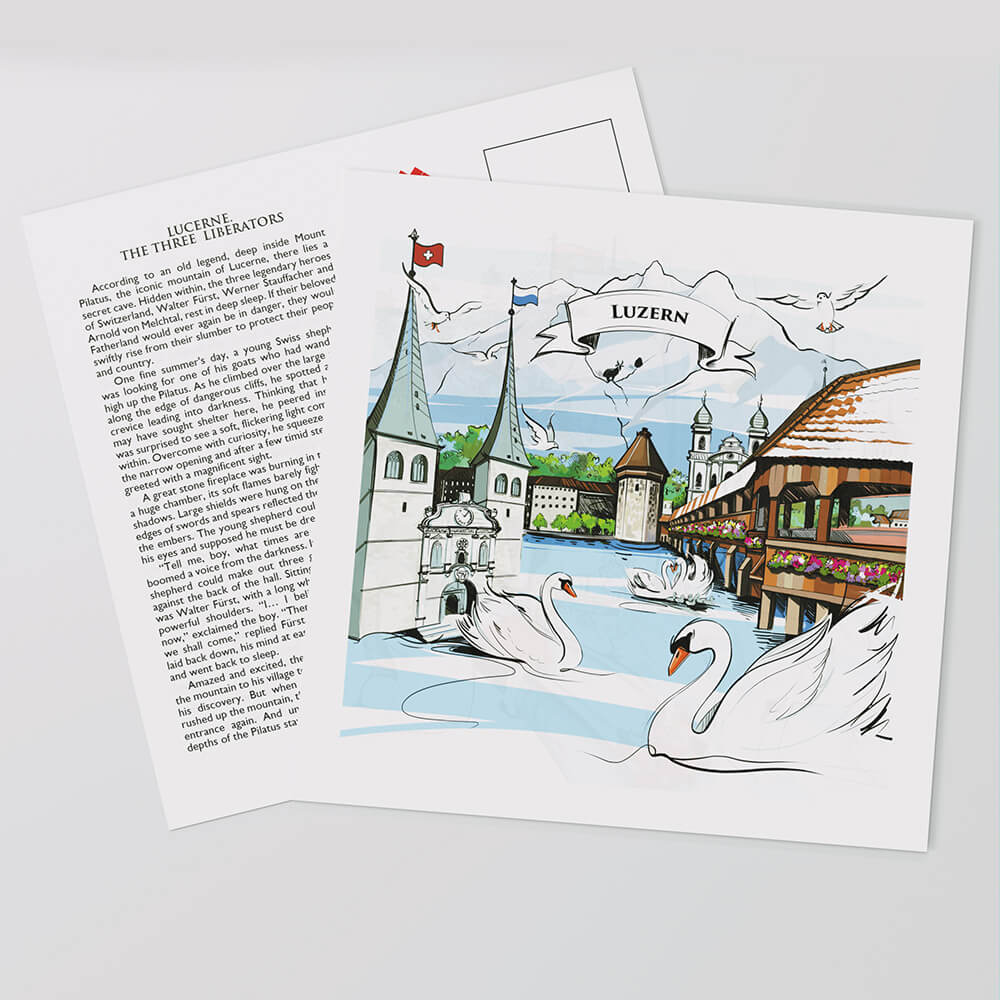